What is Kombucha Starter Tea?

If you read a recipe for brewing kombucha, you will likely come across the term “starter tea.” So what is it? 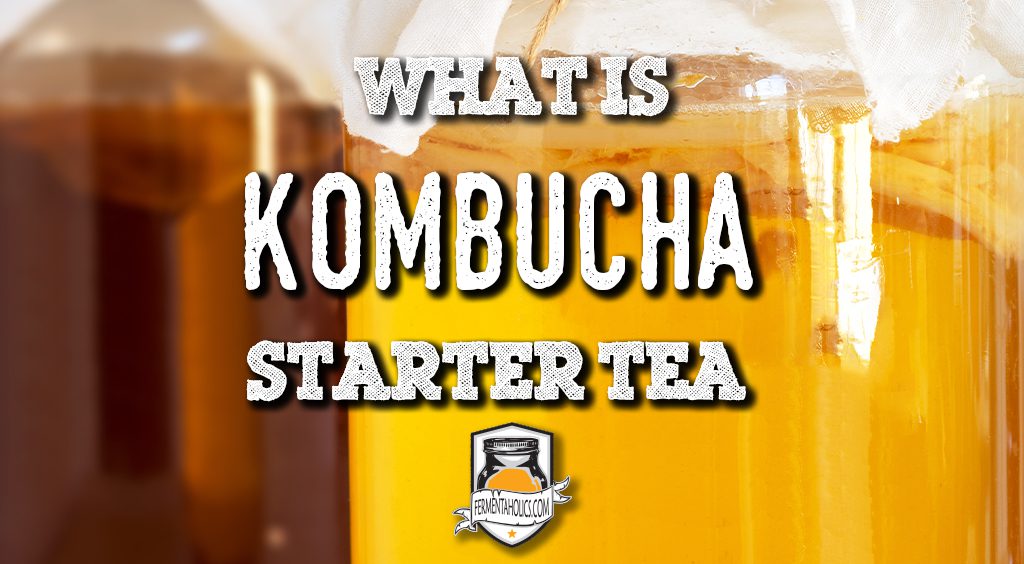 What does “kombucha starter tea” mean?

Where do you get it? If you’ve gotten a culture from a friend who brews, odds are they passed it along with about a cup or so of liquid–this is your starter tea. Don’t know anyone that brews? You can order our Fermentaholics kombucha culture, which will come with 12 ounces of mature starter tea, ready to use. For each and every batch after that, reserve 12 ounces (if brewing 1 gallon) of kombucha from the previous batch to use as your starter for the next.

Matured kombucha, or starter tea, has had time to develop beneficial acids and many generations of microbes. It contains barely any sugar and measures in at a low pH, between 2.5-3.5 depending on its age. 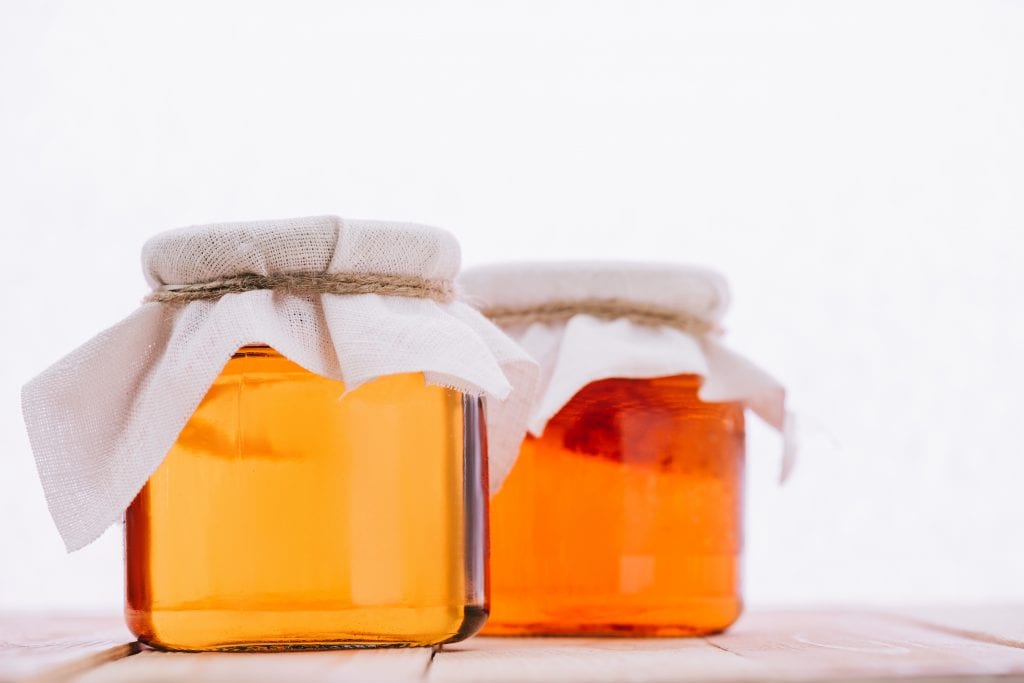 Starter tea plays two vital roles in the kombucha brewing process. Over the years, the pellicle that forms on the surface of the brew has been referred to as the SCOBY (symbiotic colony of bacteria and yeast). It’s true that deeply embedded in every fiber of that pellicle is all the yeast and bacteria that created the cellulose pancake, however, you don’t need the pellicle to begin brewing kombucha, just the starter tea will do as it contains all the necessary microbes to get the job done. I think we all get a little emotionally attached to the cute little pellicles, though, as it gives us a visual means of communication to our millions of little friends. Need a little more clarification on the pellicle? See our post here on what is a SCOBY for some more detail.

So, one crucial role that starter tea plays is inoculation! It introduces the yeast and bacteria into a fresh batch of sweet tea to begin the fermentation. You really could refer to the starter tea as a SCOBY and be 100% correct.

The other, equally as important role of starter tea, is to lower the pH of the starting kombucha brew. If you measure the pH of your plain sweetened black tea before you add kombucha starter tea, it usually clocks in around 6.5-7 on the pH scale(this can vary depending on the pH of your water source, tea brand, and length of brew time). Full strength tea is more acidic, but remember, for kombucha, we brew a very weak brew compared to that of a cup of tea, so the pH stays closer to that of plain water. At that level, the microbial battle is a free for all that could wind up in a ton of different ways–the most likely being a moldy batch of booch.

For whatever batch size you a brewing, a general rule of thumb is to use 10% starter tea to 90% fresh sweet tea. This ratio allows the starter tea to properly play out its duel role of inoculation and pH lowering. Find all kombucha brewing measurement and ratios here – kombucha tea brewing ratios

No good rule goes without exceptions, however. If you are brewing in a colder environment, you can use a larger ratio of starter tea to help jump-start the brewing process when you’ve got chilly and lazy yeast on your hands.

Moral of the story: kombucha starter tea is a big deal so don’t skimp :) 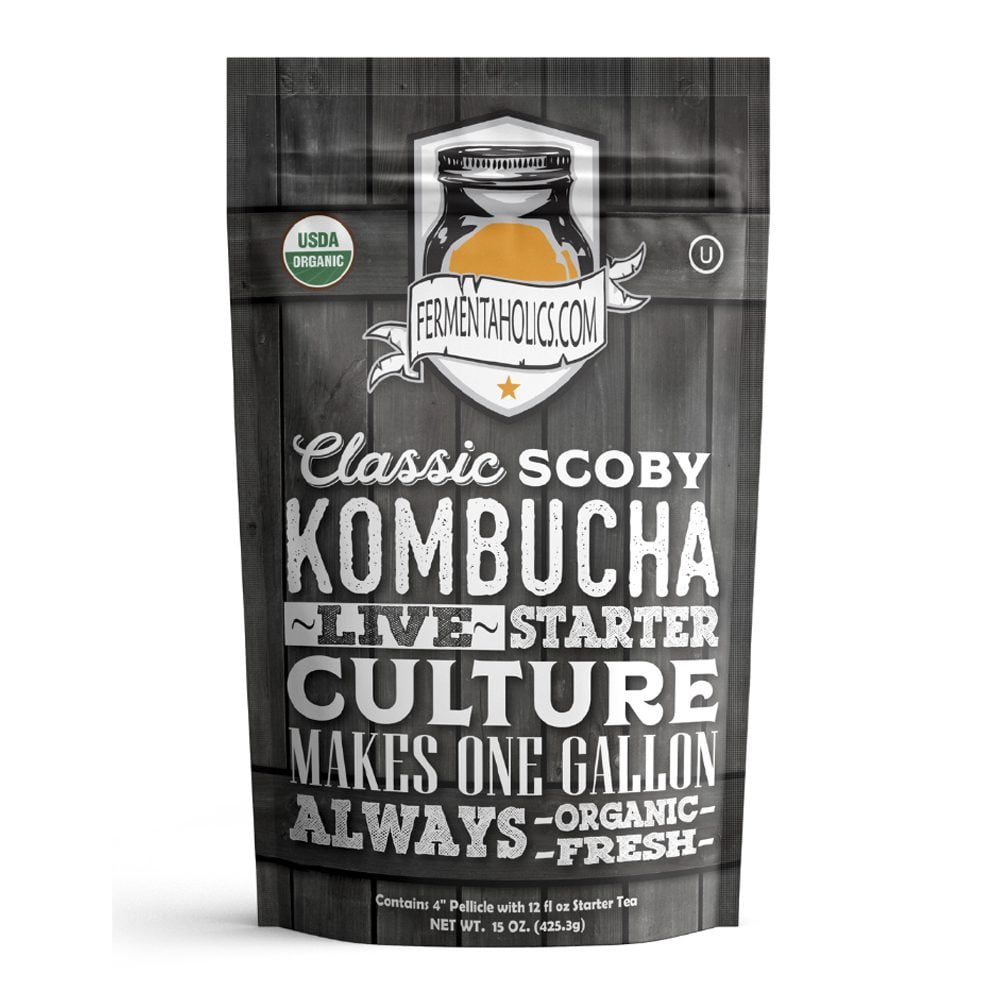 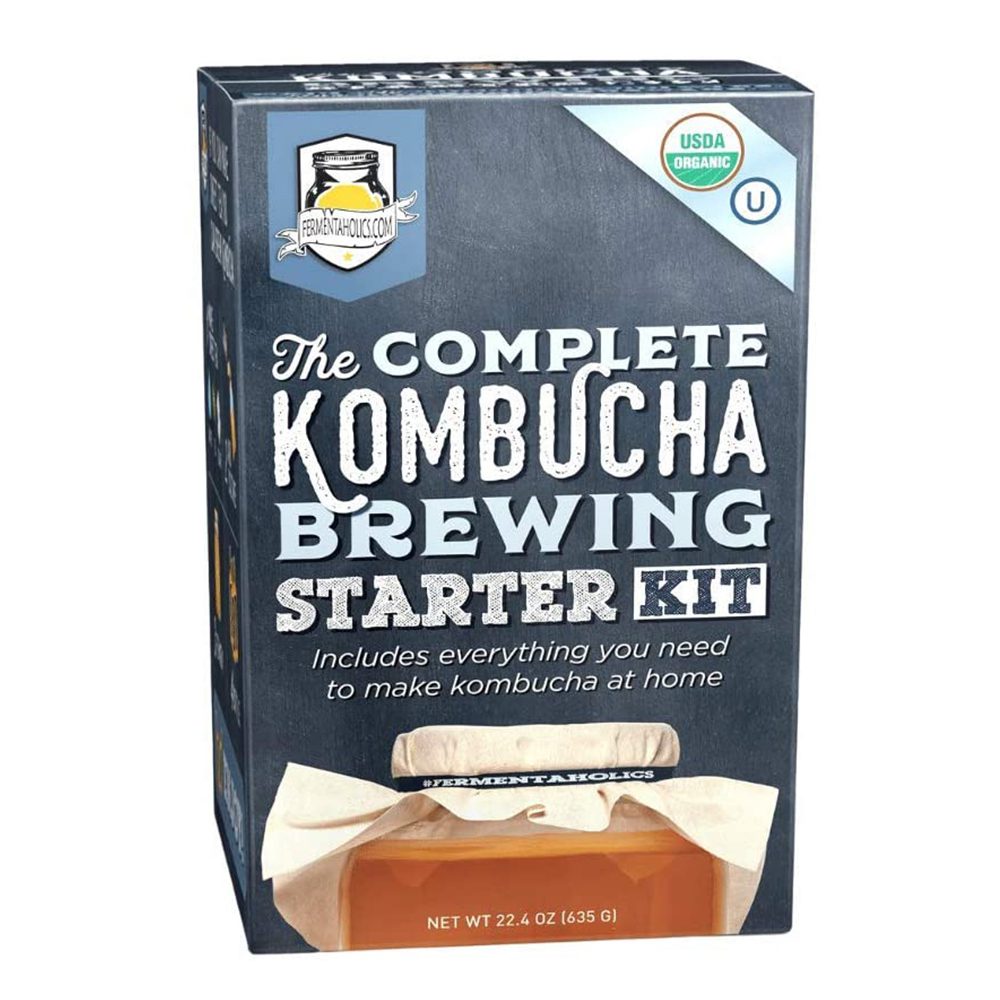 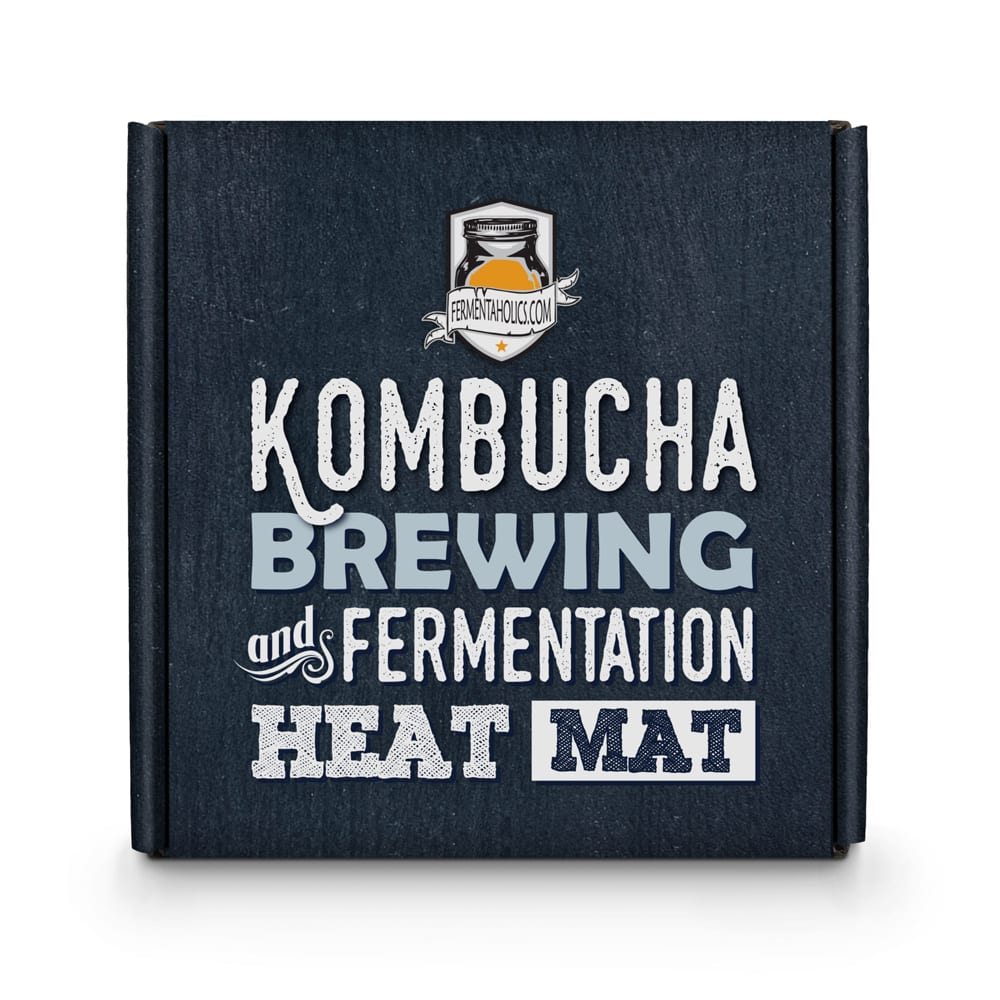 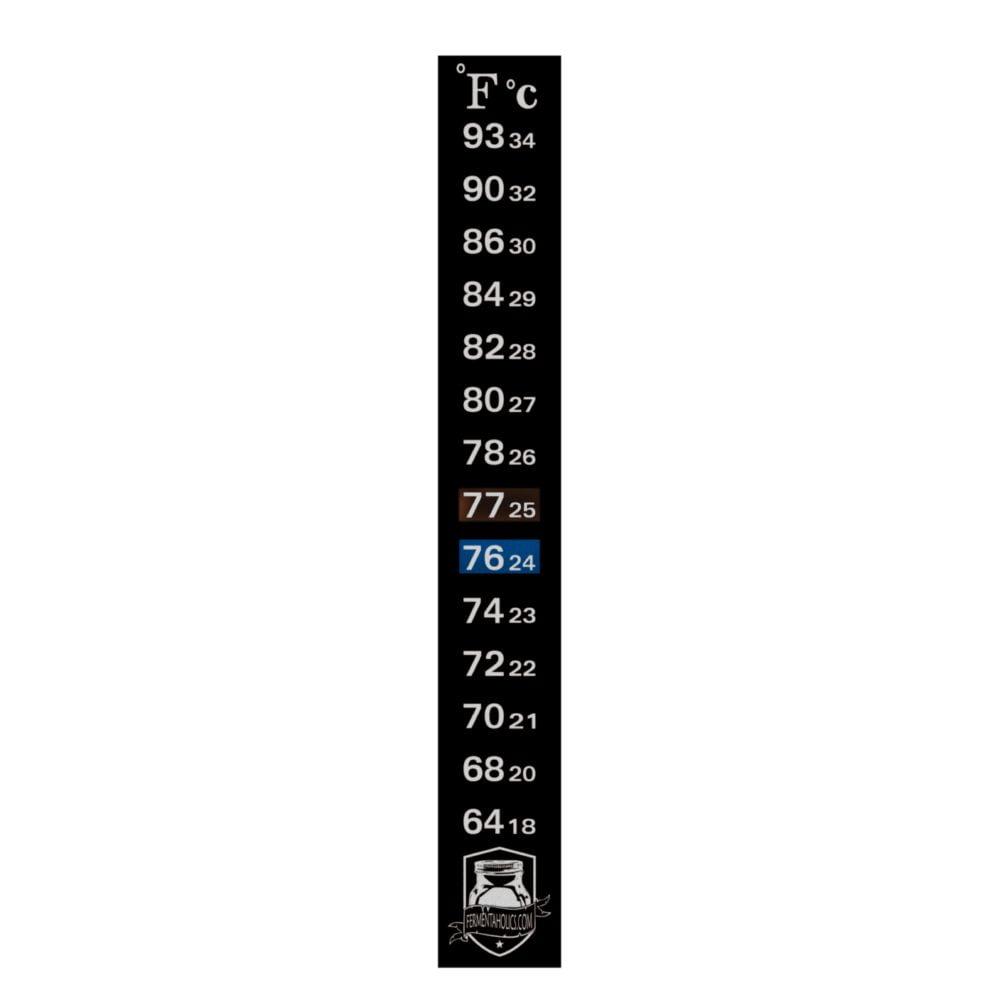 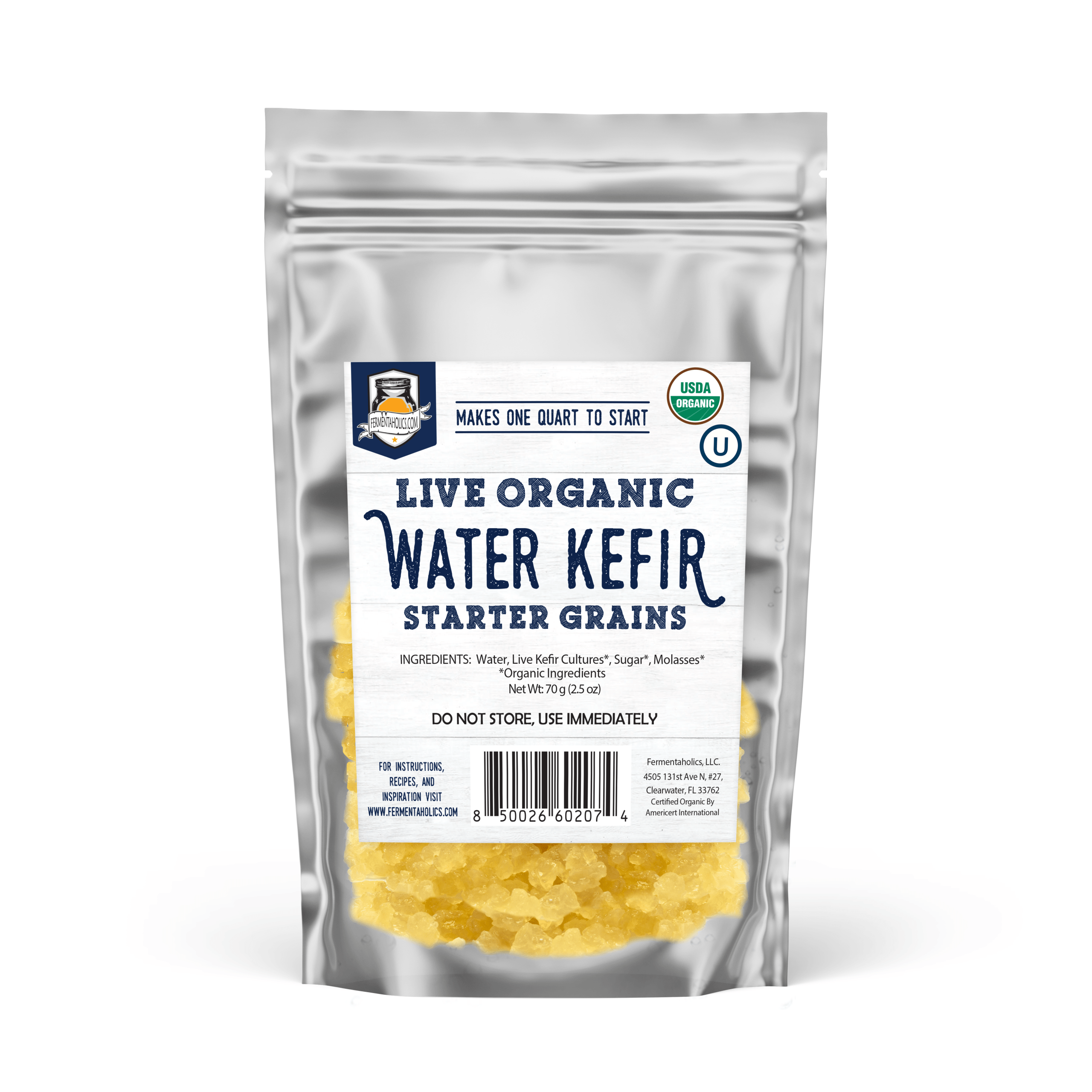