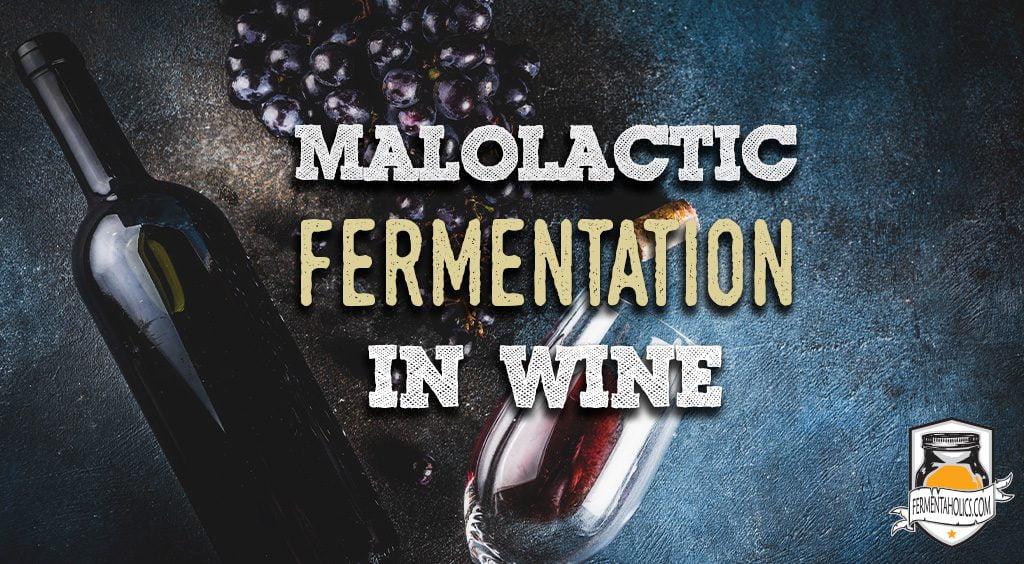 What is Malolactic Fermentation ( MLF ) in Wine?

What is Malolactic Fermentation (MLF)?

Malolactic fermentation is a natural biochemical conversion or fermentation that occurs in wine and many other foods and beverages. The process occurs naturally thanks to lactic acid bacteria living in the environment — they’re all around us. These harmless microorganisms are part of a large family of lactic acid bacteria (LAB). They play a role in winemaking as they help give many of our favorite wines their unique personality. Just like alcohol fermenting yeast turn sugar into alcohol, lactic acid bacteria turn the sharp malic acid in wine into mellower lactic acid. The transformation also produces by-products that add flavor and aroma to wine. Diacetyl is often a desirable compound created during MLF, as it gives butter and sour cream scents to wine. MLF also produces carbonation, although not as much as the one produced during alcoholic fermentation.

What is the Purpose of Malolactic Fermentation?

MLF occurs naturally in wine after alcoholic fermentation, as several lactobacilli or lactic acid bacteria, mainly of the Oenococcus Oeni variety, thrive in acidic mediums. Unlike most other bacteria, lactobacilli resist relatively high alcoholic levels. The bacteria convert malic acid, the second-most common acid in grapes after tartaric acid, into lactic acid. And although this secondary fermentation takes place in most red wines and some white wines naturally, producers often encourage it by adding their own cultured lactic acid bacteria to their wines. By triggering MLF, producers prevent it from happening spontaneously, sometimes once the wine is bottled, when the biochemical conversion results in wine faults rather than positive traits. Turbidity and unwanted carbonation might result in wines that undergo MFL unchecked.

Almost all red wines undergo malolactic fermentation, but only a few white wines have the concentration to withstand the rather drastic transformation. Only wines made with Chardonnay and other full-bodied varietals are compatible with the texture and aromas obtained during the conversion. Typically, crisp, white wines made with Pinot Grigio, Vermentino, and Sauvignon Blanc, amongst others, aren’t allowed to experience MLF, although exceptions exist. Aromatic white grapes with floral aromas, such as Riesling, Torrontés, and Gewürztraminer, aren’t compatible with MLF’s dairy-like aromas either, as they compete with the wine’s perfume.

How to Prevent Unwanted Malolactic Fermentation?

Malolactic fermentation happens naturally, but it can be avoided. As mentioned above, some wine styles, like crisp white wines, are best enjoyed with their malic acidity unaltered. That means producers must prevent lactic acid bacteria from colonizing the wine. To prevent malolactic fermentation, winemakers can use one of the following techniques:

Malolactic fermentation is an essential step of the winemaking process and is proof that our relationship with microorganisms can be more beneficial than we all thought. Not all types of bacteria are to be dreaded — some are our inseparable partners and allies in our quest to make better, tastier wine. The next time you taste wine, see if you can spot the unmistakable hints left by lactic bacteria. Indeed, wine is a complex drink, and that’s what we love about it!