Does Kombucha Have Caffeine?

Does Kombucha Have Caffeine? 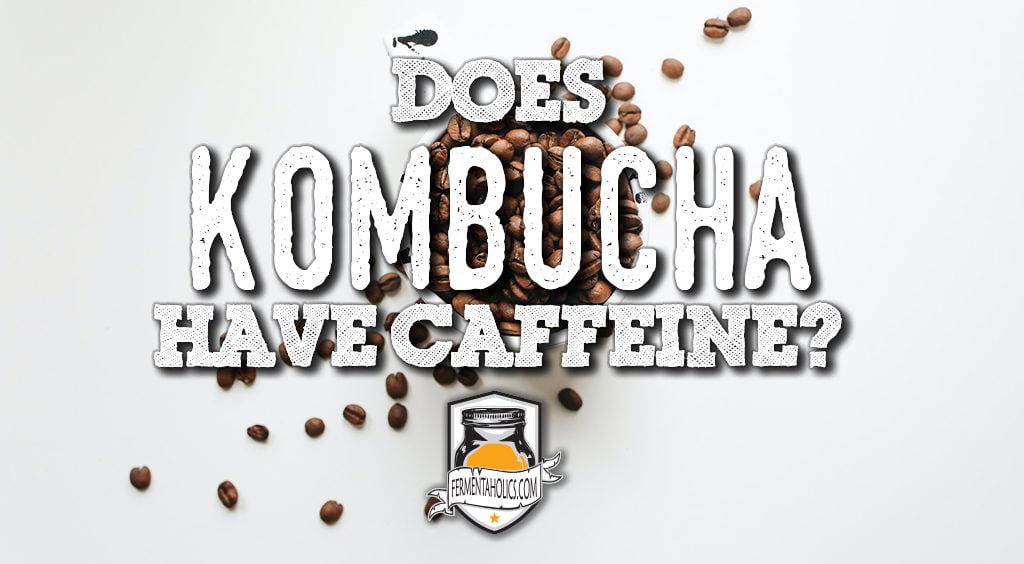 While loved by many, caffeine’s effects can cause sensitivities in others such as jitters or sleeplessness. Most kombucha contains small amounts of caffeine as it is made with tea. The concentrations are low, but for those with sensitivities or who are avoiding it all together, it’s worth discussing.

Does Kombucha Have Caffeine in it?

The short answer is yes. The vast majority of kombucha contains caffeine but the content is broad. No-caffeine kombucha can be made but you’ll likely need to make it yourself.

What exactly is caffeine?

Caffeine is a naturally occurring substance found in cocoa plants, coffee beans, kola nuts, and tea leaves. Its consumption results in mild mental alertness and has been popularly consumed worldwide for centuries. It is considered a drug due to its state altering and possibly addictive properties, however, it is by far the most widely accepted and innocent of all drugs. There are innumerable caffeinated beverages available commercially, so many that it can be a bit dizzying to keep up with. The Center for Science in the Public Interest (CSPI) put together an interesting and thorough chart containing the caffeine concentrations in popular brand name beverages including kombucha.

How much caffeine is in kombucha?

Well? it depends. For store bought kombucha, I’ve seen it range from 7-80 mg. 100 mg is the caffeine content of a typical cup of coffee. The chart mentioned above shows Kevita Master Brew containing 80 mg of caffeine in a 15 oz serving. GT’s kombucha reports having only 8-14 mg concentrations per 8 oz. Brew Dr. Kombucha reports having less than 15 mg of caffeine per 14 oz of kombucha. So if you’re concerned with the caffeine levels of kombucha, it’s a great idea to read the labels of products you’re purchasing as they can fluctuate dramatically.

When brewing your own kombucha, you’ll notice that the tea ratio isn’t the same as if you were brewing a cup of tea to drink. For 1 gallon of kombucha, you only use 6 teaspoons of loose leaf tea or 6 tea bags. Instead of the 16 teaspoons needed if you followed a typical ratio of 1 tsp per 8 oz tea. So just by the nature of the recipe, you are adding significantly less caffeine right from the start.

A good starting point is to do some quick math, determining the amount of caffeine the tea you are using contains. Keep in mind that this isn’t going to be exact because brewing time, blend, and preparation all affect caffeine levels. So for this example, I will use the standard 40 mg per tea bag of black tea brewed for 3-5 minutes. This will put us at about 240 mg per gallon or 22.5 mg per 12 ounce prior to fermentation. The fermentation process naturally reduces the caffeine content. There are mixed opinions on the exact amount but a common rule of thumb is that finished kombucha will be reduced to 1/3 of it’s original caffeine content. So following this rule,  it will put your kombucha at 7.5 mg with decaf coffee having 7 mg a cup.

Can you brew kombucha with herbal or decaffeinated teas?

Yes! A huge benefit of brewing your own kombucha is the ability to control what goes into it. While caffeine is a source of nitrogen in kombucha, it is not the only source of nitrogen so opting for a caffeine free or herbal tea won’t be detrimental to your SCOBY. Living within the SCOBY are a few species of bacteria that are nitrogen-fixing, allowing them to extract nitrogen from the air. If you’re going this route be sure to check out our line of kombucha herbal teas.

How to brew kombucha with herbal teas:

When brewing kombucha with herbal teas follow the same ratios as you would with any green, black or white tea. Check out our detailed instructions on how to make kombucha. A great tea option for brewing kombucha is Rooibos, or African Red Bush Tea. It’s caffeine free and lends a beautifully sweet, earthy flavor to the finished kombucha. I love caffeine but I will often brew with rooibos because I love the flavor. Feel free to be creative and experiment! It’s always a good idea to reserve a few cups of kombucha as a back up just in case something does go wrong. Store any backups just as you would a regular brew with a breathable cover.

While kombucha typically does contain caffeine, its concentrations are generally low. If you have caffeine sensitivities, be sure to read the labels on store-bought products so you know what is in it. If you want to drink kombucha but don’t want to consume any caffeine, consider brewing your own kombucha with herbal teas!